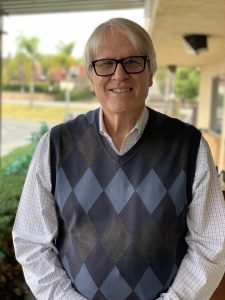 Pastor Don has been a major part of the pastoral staff for the better part of 20 years. Starting in the worship ministry, he was brought in by past worship leader Sam Parsons. In Pastor Don’s words he began discovering through God’s word how wrong he had been, but how right he could be. He dedicated his life to the Lord and has been serving at Main Place ever since.

His current responsibilities are centered around prayer. While Pastor Don will lead an occasional bible study and sing with the worship team on Sunday mornings, as Pastor of prayer he prepares weekly prayer packets based on prayer requests from our church and around the world. These packets are distributed to our prayer team (who meet every Monday evening) and anyone willing to partner with us in prayer.